Commerce Department Will Continue to Press for TikTok Ban

Federal Judge Blocks Order That Would Have Banned Social Media App in the US Chinmay Rautmare (@crautmare) • November 2, 2020

After a federal judge blocked an order that would have banned ByteDance-owned TikTok from operating within the U.S., the Commerce Department vowed that it would continue to defend the Trump administration's executive order that seeks to ban the social media app over national security concerns.

A Commerce Department spokesperson tells Information Security Media Group that it would comply with U.S. District Court Judge Wendy Beetlestone's order that will allow TikTok to continue to operate within the United States for now, but that it will weigh other legal options to enforce the executive order.

"The executive order is fully consistent with law and promotes legitimate national security interests," the Commerce Department spokesperson says. "The government will comply with the injunction and has taken immediate steps to do so, but intends to vigorously defend the executive order and the secretary’s implementation efforts from legal challenges."

On Friday, Beetlestone issued a preliminary injunction against the Commerce Department that would have effectively band TikTok from operating within the U.S. The judge's ruling was in response to a lawsuit brought by three TikTok creators who argued that banning the app would affect their ability to make a living and earn money from the social media platform.

In her ruling, Beetlestone notes that the TikTok videos and other material the three creators produce are "informational material" protected by current American law.

By issuing the preliminary injunction against the Commerce Department, Beetlestone stopped a ban that was scheduled to go into effect on Nov. 12. A spokesperson for ByteDance could not be immediately reached for comment on Monday.

When President Donald Trump first issued an executive order to ban TikTok from the U.S. in August, the administration cited national security concerns about the social media app. The order notes that since its parent company is based in China, the Chinese government could collect data on millions of American citizens who use the app (see: Trump Signs Executive Orders Banning TikTok, WeChat ).

The Trump administration has also sought to force ByteDance to divest itself from its U.S. operations, and Oracle and Walmart have been working on a deal to create a new company that would oversee TikTok's American operations as a way around the administration's national security concerns (see: TikTok's Response to Trump? Let's Make a Deal).

Trump himself has said the deal has his "blessing," but an agreement between ByteDance, Oracle and Walmart has not been finalized.

In her ruling, however, Beetlestone took exception with the administration's arguments that TikTok posed a national security concern for U.S. citizens and their data.

"The government’s own descriptions of the national security threat posed by the TikTok app are phrased in the hypothetical," Beetlestone writes in her ruling.

Since the Trump administration first announced the ban, TikTok and its parent company have sued the government to reverse the executive order.

In September, Judge Carl Nichols of the U.S. District Court for the District of Columbia issued his own temporary injunction to stop the Commerce Department from banning TikTok from both the Apple and Google app stores, which would have effectively shut down the company's operations in the U.S. (see: Federal Judge Temporarily Blocks Trump's TikTok Ban).

Nichols is expected to hear additional legal arguments over the ban and the executive order from the Commerce Department and ByteDance later this week.

The Trump administration is also seeking to ban another Chinese-owned social media apps called WeChat from the U.S. A federal judge has blocked that order for now (see: As TikTok Negotiations Continue, US App Ban Gets Delayed ).

Rautmare is senior correspondent on Information Security Media Group's Global News Desk. He previously worked with Reuters News, as a correspondent for the North America Headline News operations and reported on companies in the technology, media and telecom sectors. Before Reuters he put in a stint in broadcast journalism with a business channel, where he helped produced multimedia content and daily market shows. Rautmare is a keen follower of geo-political news and defense technology in his free time. 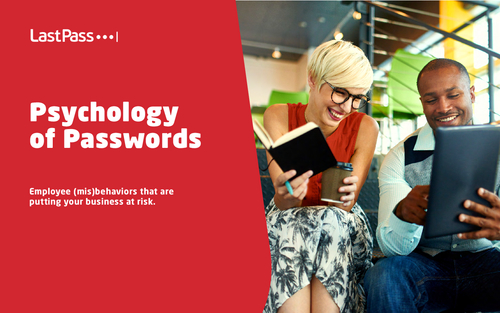 Modernizing Malware Security with Cloud Sandboxing in the Public Sector

The State of Organizations' Security Posture as of Q1 2018

10 Ways to Increase Security and Productivity During Remote Work

Fireside Chat: Cybersecurity Judo - Using the Adversary’s Strength Against Them

The Cyber Threat Survival Guide: How to Prepare for Future Threats

Layers of API Security and Log4j: Beyond the OWASP Top 10

A Shortcut to the NIST Cybersecurity Framework

Why FDA's Device Security Draft Guidance Is a Game-Changer

OT Security: Has the Industry Made Progress?

The Mounting Threats to Sensitive Data After Roe v. Wade

Where the Healthcare Sector Lags in Security

Commerce Department Will Continue to Press for TikTok Ban